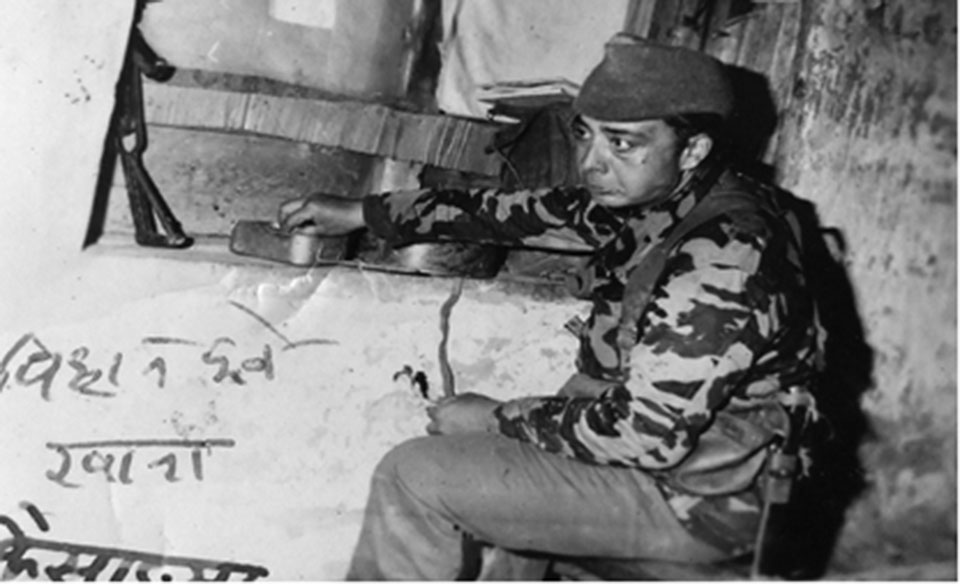 Khampa operation marks an important achievement in Nepal’s military history and Nepal-China bilateral relation. The story of this event should be disseminated to wider audience

After Dalai Lama fled to India, Chinese security operation started in Tibet in 1971 and some Khampas started to settle down in the adjoining areas of the Himalayan border on the northern region of Nepal. They started to operate anti-China activities from Nepali territory, which was against foreign policy of Nepal. So Nepal launched military operations against Khampas. Many of them were killed, others fled and some surrendered. This episode is known as ‘Khampa Disarming Mission’ in Nepal’s military history.

But this episode finds little mention in Nepali and Chinese history books. Many have no knowledge of what had happened then and how it all started.  I believe this is something we must all know. This is why I am telling the story of this event in this article.

Dalai Lama was strengthening his military by training and equipping his soldiers with weapons in order to protect Tibet from threat. They were called Khampa in Tibetan language though people of Kham region are also addressed as Khampas. Those Khampas were, by nature, quite fearless and competent warriors.

Meanwhile, the prospect of communism spreading across South-East Asia raised concerns in Washington and Central Intelligence Agency (CIA) decided to organize a covert military project inside Tibet. In July 1958, air drops of arms to the Chushi Gandruk began, the CIA had relocated Tibetan guerrilla trainees to Camp Hale in Colorado, US (where a strong Tibetan community resides even today). Parachute dispatch officers had been recruited from among Montana US Forest Service smoke jumpers. Each year of the 1960s, the CIA provided the Tibetan government-in-exile with $1.7 million for guerrilla operations.

Kathmandu based American mission also provided weaponry and financial assistance to Khampas to foment terrorist activities against Chinese army in Tibet. An airport was established behind Swoyambhunath (Halchok area) and small aircraft used to fly to Tangebhyu-Kesang of Mustang area to drop arms, ammunition, ration and other logistic supply. Some of the seized weapons and equipment are found in Nepal Army barrack.

Khampas were supported by Indian government as well. Around that time, Indian troops were deployed in Nepal-China border areas. They provided military intelligence and other guidance to the Khampas. 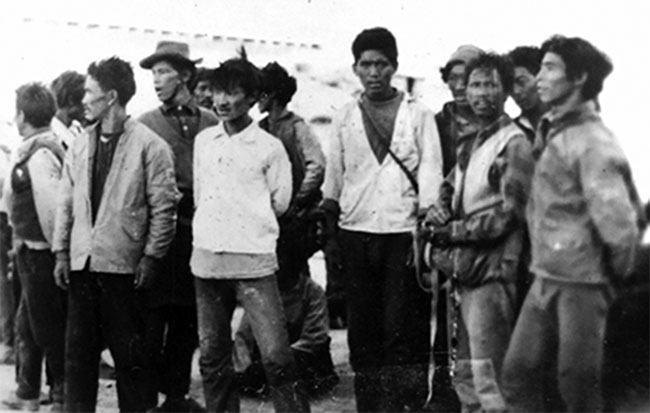 How Khampas came
Because Dalai Lama had small army, he thought it proper to leave Tibet and take refuge in India. He reached New Delhi in 1960 from the Indian border of Sikkim. He met Prime Minister Jawahar Lal Nehru, President Dr Rajendra Prasad and leader Jaya Prakash Narayan and intimated them about the situation in Tibet. Those who could not reach Delhi with Dalai Lama began to settle down in Nepal in a number of places in Olangchunggola and Rasuwagadhi. Majority of them stayed in Kesang pass of Mustang. Then they started to launch anti-China activities from Nepal.

Foreign powers had extended cooperation to Khampas living within and outside Tibet by distributing clothes, food grains, money, arms and ammunitions. According Nir Shamsher Rana, Nepal Army chief of that time, American Embassy in Nepal was supporting the Khampas.  The US was training Khampas from its own land too, who would later come to Nepal’s northern border points. They were also found involved in raping locals, killing people, killing and eating yaks, goats and sheep, plundering, setting shops on fire etc. Then the government of China corresponded with Nepal and an agreement was signed between the two countries to control Khampa terrorism. In the agreement, China promised to provide necessary cooperation to Nepal to contain Khampas. After this agreement, Nepal decided to conduct disarming operation against Khampas and a ‘Reconnaissance Team’ of Nepal Army set off immediately to Mustang for the collection of information in accordance with the decision of the government. The team, led by lieutenant colonel Satchit Samsher Rana, took charge of this operation.

After investigating the activities of Khampas, this team found that nearly 9000 Khampas had come from Tibet crossing the Himalayan mountains and settled at different places, they possessed adequate weapons, bullets and explosives, their main headquarters was set up at Kesang camp located at the foot of the Nilgiri Himalayan Mountains, that Gey-Wangdi was military leader of Khampas and he was trained by Royal Military Academy, UK. Other camps were established in various places of Nepal including in Manang and Muktinath. The report stated that people were extremely terrified as Khampas started plundering different places of Tibet and Nepal. Khampas had set up camps in Nepal with the objective of capturing Mustang district and make it a guerrilla base to recapture Tibet. If Nepal took steps to disarm Khampas, they were ready to attack Nepali troops too. When they came to know that Nepal Army was taking action against them, they were ordered to retaliate by Dalai Lama (Lama sent this message through recorded tapes). But several Khampas considered it better to surrender than fight with Nepali troops. 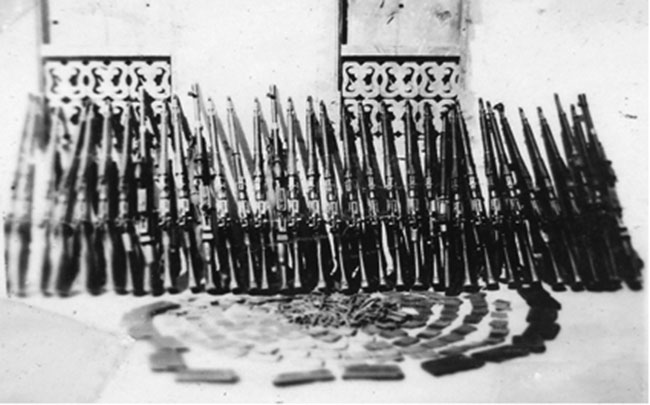 Disarming mission
Government of Nepal was determined to disarm Khampas. King Birendra himself had issued an order to peacefully disarm Khampas settled in Mustang, bring them near Pokhara and prohibit them from proceeding toward China. Accordingly, Nepali troops were moved toward Pokhara on July 15, 1974 for the initial preparation. Shreenath Battalion under Lieutenant Colonel Satchit Samser Rana took the charge.

On July 15, 1974, after proceeding from Pokhara, they reached Jomsom. Brigade headquarters was set up in Jomson where Brigadier General Singh Pratap Shah was the Brigade Commander. It bears mentioning that when Nepal-Tibet war broke out during the reign of Jung Bahadur in 1854-56, Nepali Army had made an excellent preparation. Preparation for Khampa disarming operation is said to be the second best extensive effort thereafter.

After the deployment of various units and subunits Nepal Army dispatched a letter to Gey Wangdi, the leader of Khampas which stated: “Hand over weapons and surrender, otherwise the Nepalese Army is ready to take action.” Wangdi replied that they were ready to surrender and hand over the weapons. Initially, the date of handover was fixed for July 20, 1974 but it was extended to July 26 upon request from Khampas. Khampas demanded additional time yet again and agreed to hand over the entire weaponry at midnight of July 31.

When Nepal Army conducted intensive search at Kesang camp on August 1, 1974, various kinds of weapons and ammunitions were found buried under the ground and they were seized, brought and delivered at Brigade Headquarters at Jomsom. Next day, the entire Army moved and completed the cordon and search operations in Chhusang and Samar camps and continued the search at Ghiling and Dhami. Gey Wangdi escaped.  They reported the matter to the Brigade which ordered them “not to kill and not to shoot.” The weapons and bullets of his camp were taken under control. But by the time Gey Wangdi had managed to flee. Nepal Army had recovered a number of bombs, pistols, mortars, bullets and other weapons from Khampa camps.

End of the mission
Gey Wangdi, the Khampa leader, accompanied by a group of 50/60 confidants,  with weapons money, had set off to enter India via Chharkabhot, Phindupas, Sefoksundo, Nishan, Mugu, Namchapas, Simikot, Yari, Tinkerlipu of the western side. This was quickly reported to Nepal Army Headquarters and promptly helicopter was dispatched for intensive search in that area. But nothing could be traced. After a few days, the Army received the message from the local administration that the team of Gey Wangdi was planning to loot the police post at Mugu district headquarters and also trying to use the Tibetan refugees of that area in his force. Nepal Army easily guessed possible route of escape of Khampas.

Nepal Army, then, issued an order to Brigadier General Aditya Samsher Rana of Four Brigade, located at Nepalgunj, to set up an ambush in the bordering routes and along passes to the territories of India. Rana did accordingly. Gey Wangdi and his team fell in ambush at Tinkarlipu on Sept 15, 1974. Suddenly firing started from both sides. Wangdi, along with some other Khampas, horses and mules were killed. Some Khampas committed suicide, two Nepali soldiers died.

After the success of disarming operation, King Birendra visited Kesang and a cabinet meeting was held there. After the inspection, King ordered to open a school for imparting High Altitude Training to Nepal Army at Kesang and it has been running since then.

Khampa operation marks an important achievement in Nepal’s military history and Nepal-China bilateral relation. The story of this event should be disseminated to wider audience.