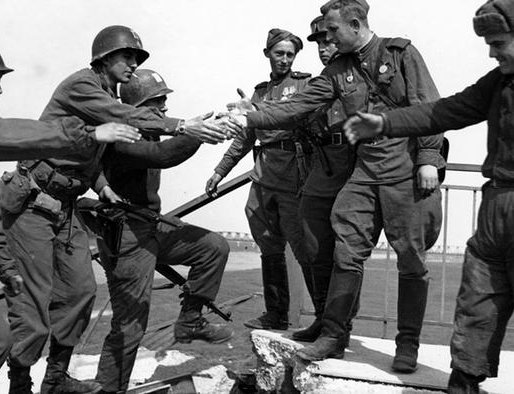 Nepalese military actively took part in World War I And World War II sacrificing their lives on the battlefield to defend the allied forces led by the United Kingdom. For their bravery in the great war, many Nepalese, who returned alive, received medals Victoria Cross for those who fought from British Gurkha and Military Cross (MC) for the Nepalese National Army (NA).

This article covers the NA only. It is a matter of fact to note that NA was already tested at the battle against Sikkim in Chainpur- Sankhuwasabha, battle against Mir Qassim- the Mogul Army in Makawanpur, battle against Captain Kinloch- the British army in Sindhuli, Indian Sepoy Mutiny -1857, the battle of Waziristan and World War I. By this time, the Anglo- Nepal defense diplomacy was very much tightening.

In this regard, Nepal offered military assistance to the UK in WW II. It is interesting to note that Nepal was diplomatically approached for military assistance by some Axis countries, especially by German’s Hitler. To open the bilateral diplomacy and obtaining Nepalese military assistance, he presented a beautiful German-made Rolls Royals car to the King Tribhuwan of Nepal. However, that diplomacy could not work and Nepal did not support it. Moreover, Nepal confirmed for sending 8,000 conventional troops to the Allied Power through the British Indian Government.

The Second World War started on September 1, 1939, and ended on September 2, 1945. Britain, France, America and Soviet Russia fought the war together as Allied Power. Germany, Japan and Italy were on the opposite side as Axis power. Many countries of the world directly or indirectly took part in the war. The attack made by Germany against Poland on 1st September 1939 caused flaring of the World War II. In response to Germany's attack against Poland, on 3rd September 1939 France and Britain formally declared war against Germany. In 1941, Japan and Germany became deeply involved in the war after the former's attack against Pearls Harbor against the US Army.

In March, the Nepalese troops assembled at Tundikhel ( present army pavilion –Kathmandu ) before their departure to India. In the farewell speech, Prime Minister Juddha Shumsher Rana reminded to Nepalese troops about the bravery of their previous military operations proven at the battle against Sikkim in Chainpur- Sankhuwasabha, battle against Mir Qassim, the Mogul army in Makawanpur, battle against British Captain Kinloch in Sindhuli, Sepoy Mutiny -Lucknow (1857-58) and Waziristan in 1917 and expressed his belief that they could perform similar bravery and honesty. Besides, Prime Minister Rana said that the Nepalese troops were sent out to protect the independence of the smaller nations of Europe. Moreover, Nepal would get larger benefits from its friendship with the British finally the Allied Powers. He also advised them to be avoided hooliganism, prostitution, gambling and intoxication and assured them that the Government would provide protection to their families in their absence.

Lieutenant Colonel Chandra Bahadur Karki was the first British Military Cross (MC) recipient from the Nepalese army at the battle of Waziristan in 1917. He fought from the First Rifle Regiment.

Then after many warriors of the Nepalese National army were awarded the British Military Cross (MC) and other several World war II decorations during the war. The MC is granted in recognition of "an act or acts of exemplary gallantry during active operations against the enemy on land" to all members of the British Armed Forces of any rank. Unfortunately, then Rana rulers convinced unofficially to the British for not to be provided the Victoria Cross (VC) to the Nepalese armies since VC had to be respected by then Rana Prime minister and other top guns as well. Thus, the Nepalese army could not receive any VC. Nepal provided military assistance to the Allied Power through Anglo-Nepal diplomacy. Similarly, Nepal also provided thousands of Nepalese youth to join in the British Army ( British Gorkha ) during the same War and several war heroes, called Lahure in Nepal from British Gorkha also received Victoria Cross as well. It is a big respect for the war veteran that, the VC heroes have been honored by the queen of the United Kingdom.

As per the Nepalese religious belief, no Nepalese army man could cross Sea since the sea was like a goddess. However, the British Government sought permission from the Nepal Government to send the Nepalese troops beyond the sea. Prime Minister Juddha Shumsher Rana declined to give acceptance to send them overseas on the religious ground, but he permitted to send them in the battlefronts within the Indian Sub-Continent. After receiving permission from Nepal, the British Government made arrangements to provide military warfare training to the Nepalese troops including the Kali Bahadur, Sher and Mahindradal Regiments. The Regiments, after completion of the training, joined the British forces under the overall command of Lord Louis Mountbatten. These Nepalese troops were deployed at the Assam-Burma frontier region. Nepalese troops proved their original soldiership at the battles, especially in Special Missions like ambushes, raid, fighting to patrol and hit and run tactics since they were used to on Jai katak nagarnu jhiki katak garnu ( defensive offense battles with the guerilla tactics ) taught by the King Prithivi Narayan Shah the Great.

On 9th February 1944, the London Times wrote that the “ Nepalese troops are much the troops of an Independent Allied Power as are the Americans and Chinese". In March 1944, the Japanese armies struck these areas. Many joint battles were conducted and the British troops including the Kali Bahadur, Sher and Mahindradal Regiments fought against Japanese troops and resisted their attack. In this battle, many Nepalese troops killed, but they inflicted heavy causalities on the Japanese side. The memorial of the killed Nepalese Troops and others has been erected in Myanmar, with name and nationality. Indeed, many of the Nepalese army men rewarded by the British Military Cross (MC) decorations, for the war bravery.

Nepalese troops fought with distinction in the British 14th Army under command of Lieutenant General William Slim and helped force the eventual Japanese retreat. Finally, following the atomic bomb attacks on Hiroshima and Nagasaki, Japan surrendered. Most Nepalese troops were withdrawn to Kathmandu in October 1945. A grand victory parade was held on 28 October 1945 where many Nepalese soldiers, officers and associated British officers were honored for their appreciable performances. In the Victory Parade at London in 1946, the Royal Nepalese Army was led by the Commanding Officer Sir Baber Shamsher Rana. On 28th October 1945, Victory day was celebrated also in Nepal. Prime Minister Juddha Shumsher welcomed and honored all the troops at Hanuman Dhoka Palace, Kathmandu.

The Japanese offensive was going on, near Long Tree Hill of Burma, the Japanese prepared strong defense post and took a position there. They repeatedly inflicted damages to the air-field and the defensive position of the Nepali troops traversing through the Pandu Road. Thus, it became imperative to destroy the enemies' defensive post of the Long tree Hill. The task was given to Sargent Thapa’s section. He reconnoitered the enemy position, finally destroyed the enemy's defensive post. His section had zero casualties. The British Government decorated him with the Military Cross for exhibiting bravery in the action. Later he was ADC to the King Mahendra and retired as Brigadier General.

Jamadar Gurung was of Kali Bahadur Regiment. He led a section to attack against the Japanese Artillery Position. He crossed the places namely Chamu and Sasak, and then, the Chindwin River and launched an attack against the Japanese at midnight, destroyed the enemies' defense post. The British Government awarded him the Military Cross for his bravery.

Subedar Mahat was of Sher Regiment. In April 1944 WO I Mahat and his team launched a raid against the Japanese position at Treasury Hill. On way to the target, Nepalese troops got ambushes. However, Mr. Mahat led his troops wisely and tactically. Finally, his team was successful to destroy the Japanese defensive position, many killed. The British Government decorated him with the Military Cross for his exemplary courage and bravery. He retired as Colonel and served as District administrative chief too after his retirement in Mustang, where the Tibetan Khampa disarming missing took place during his tenure.

Sargent Khatri was from the Mahindradal Regiment. He led his section and mounted a raid against the Japanese by crossing the 20 feet high dry canal about 400 yards far from the Saye Rail Station. The Japanese launched a counter-attack. The section repulsed the counter-attack. The close combat battle took place for 45 minutes. His section inflicted heavy causalities on the enemy's side. Mr. Khatri’s team returned with two wounded and one dead body. One dead-body remained left at the objective. The next day, Sargent Khatri went along with 4 soldiers and brought the dead-body and his weapons too. He was awarded the Military Cross. Sargent Khatri retired as Lt Colonel.

He was from the Mahindradal Regiment. On the 19th of May, 1945, he led 80 Nepalese troops and successfully ambushed about 600 Japanese soldiers and inflicted heavy causalities to them without losing a single soldier in the operation. The British Government awarded him the Military Cross, and the Burma Star for his bravery in the action. He retired as Lt Colonel.

Captain Khand was from the Mahendra Dal Regiment. While operating along the Railway line between Myotha and Natogias A Company commander, led his Company very well and killed many Japanese troops. He was awarded Military Cross by the British Government. He retired as Brigadier General.

Finally, the Military Cross decoration is the symbol of military alliance with Allied Power of World War II. Nepal is one of the victor members of it and this is a pride of that period as a remarkable history. The World is going to celebrate the 75th anniversary of WW II including Russia. In this regard, Nepal should not miss this event as our National pride, the government should mark September 2, 2020, as a remarkable day of Nepal. This is the history of Defense diplomacy and the National foreign policy of Nepal as well.