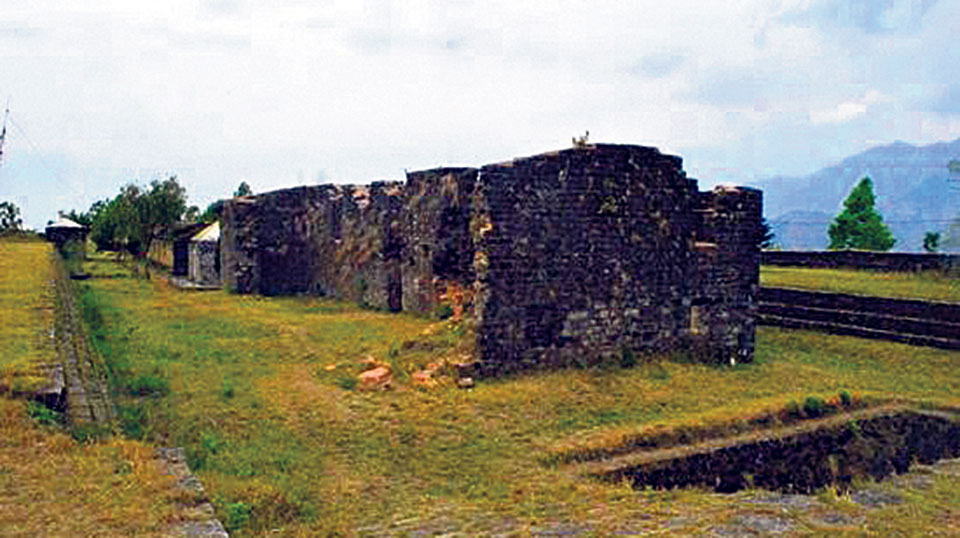 Muslim kings of India attacked and plundered the temples including Pashupatinath and golden and silver statues of Kathmandu Valley several times. These attacks were meant for accumulating wealth. Qasim Ali Khan, also called Mir Qasim, the seventh Nawab of Bengal and Orissa who later became the Nawab of Mursidabad with the help of the British rulers, followed the same trend.

Upon ascending to the throne, Mir Qasim repaid the British with lavish gifts. To please the British, Mir Qasim robbed people, confiscated lands and depleted the treasury. However, he was soon tired of British interference and, like Mir Jafar before him, yearned to break free of the British influence. He shifted his capital from Mursidabad to Munger in present-day Bihar where he raised independent army, financing them by streamlining tax collection.

He employed an Armenian citizen named Gregory to train the soldiers on British pattern. Nawab gave him a Muslim name and called him Gurgin Khan. The soldiers trained by Gurgin Khan were stationed at Betia. Mir Kasim had heard the rumor that there were lots of gold and silver in Nepal. He came to know about the unstable situation in Makwanpur and Kathmandu on account of armed conflicts and prolonged hostilities. In order to take advantage of the situation, he gave an order to Gurgin Khan to attack and capture Makwanpur Gadhi first and then to attack Kathmandu Valley and capture its enormous wealth.

The forces led by Gurgin Khan left Mursidabad for Makwanpur in December 1762. In January, they took position at Harnadi at the foot-hill of Makwanpur hill. The inhabitants of this village vacated it and went to the nearby hills. The Makwanpur Gadhi was about three kilometers up on the hill. Gurgin Khan made his base camp at Harnadi. He was planning to launch an attack against Makwanpur Gadhi from there. The forces of Nawab led by Gurgin Khan advanced toward Makwanpur Gadhi. He led a quite large force compared to Gorkhali forces at the Gadhi under the Command of Sardar Nandu Shah. Gorkhali soldiers were about 400 but they had a long experience of the mountain warfare. But Gurgin Khan’s forces were equipped with the weapons such as cannon, guns, swords, spears etc. On January 12, 1763, they captured one of the three defense positions of Gorkhalis.

On Nepali side, battle preparation and induction of troops were done at Dahachok army base. The final coordination and synchronization was made at Thingan village of present day Makawanpur. The Gorkhali troops also had guns, bows and arrows, Khundas, Khukuris, swords, sling etc. The Gorkhali forces had built three defensive positions around the Gadhi. In the meantime, Sardar Nandu Shah sent information about Gurgin Khan’s attack to King Prithivi Narayan Shah at Dahachok after he arrived in Thingan, near Makawanpur Palace. In fact, he wanted to be at the battle front but his brothers and courtiers prohibited him. Finally, his nephew Nandu Shah led that military operation. After receiving the information, he sent reinforcements under the command of Kaji Nahar Singh Basnyat to help Nandu Shah. The King also directed his remaining forces to remain alert to fight against the foreign invaders.

The forces of Gurgin Khan took rest for few days after the capture of Dadhuwa Gadhi. He sent about 3,300 troops to mount an attack against the Makwanpur Palace on January 20, 1763. They climbed up the hill and afterward, began to attack the Gadhi. The Gorkhali forces fought bravely whole day from inside the fort. The attackers stopped when the night fell. They decided to attack the next day. But Gorkhali troops took advantage of the situation. They got time for readjustment of offensive operation against Muslim invaders.

In the meantime, Gorkhali reinforcement arrived from Dahachok and reached Taplakhar, the place two kilometers north of Makawanpur Gadhi. They got the information that the attackers were taking rest at that time. The Gorkhali troops decided to mount an attack immediately. They had planned to launch attacks simultaneously from three directions. Bansh Raj Pande was to attack through the route of Taplakhar and Bakshi Nahar Singh Basnyat through the route of old Makwanpur. This plan was coordinated with defenders of Makawanpur Palace and Makawanpur Gadhi. While the soldiers of Gurgin Khan were asleep, at midnight, the Gorkhali forces mounted a fierce attack from three directions. The Gorkhali soldiers used all sorts of weapons against their enemies. They slew many invaders by using their Khukuris and Khundas. The invaders became stunned by this surprise attack. They were so panic-stricken that a stampede took place while they are running away.

The Gorkhali forces chased the fleeing enemies and killed many of them. Around 126 Muslim troops were killed and some Gorkhalis also died during the battle. The Gorkhali troops confiscated 500 guns and two cannons. After this, Gurgin Khan did not dare attack again. He returned to India with his remaining soldiers. This victory boosted their spirit and morale for unification campaign.

This particular invasion of Nepal and retaliation from Nepali side can be called the first international war in which Nepal stood victorious. After this battle, Nepali side established companies with rifles in Western fashion. Shree Nath, Kali Baks, Sabuj, Gorakh and Bajra Bani companies were established for the first time at Makawanpur Palace.

Current army organization of Nepal has its roots in Makawanpur.