Limited staff, tight budgets and age have taken a toll on Staten Island’s Jacques Marchais Museum, but a major renovation is now being planned. 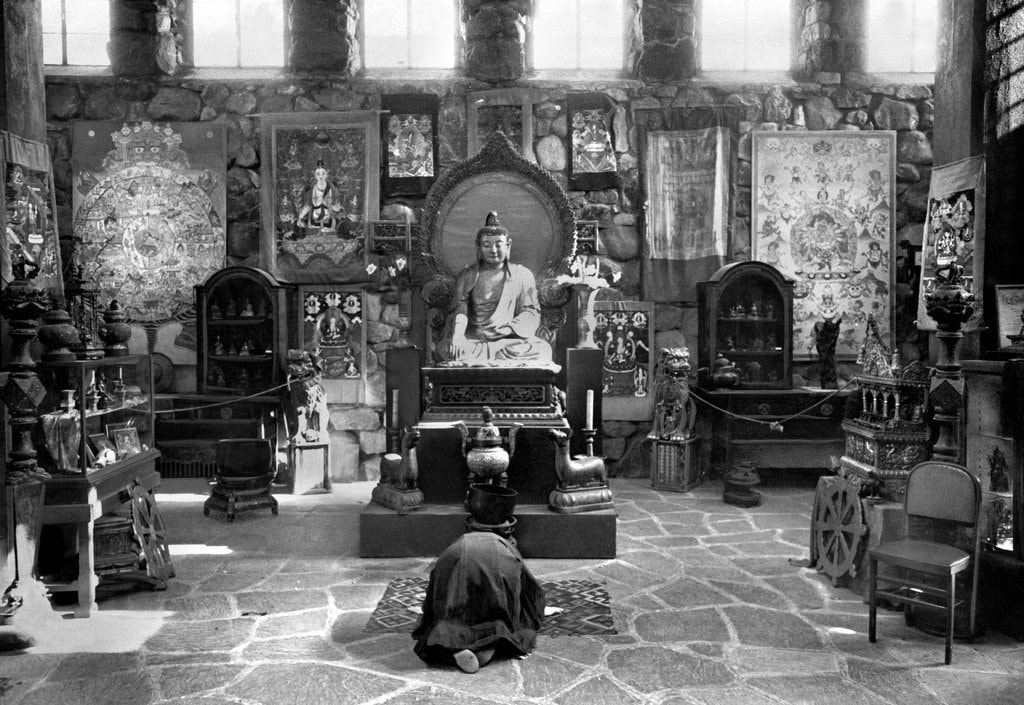 Since it opened in 1947, the Jacques Marchais Museum of Tibetan Art has displayed a heralded collection of artifacts from Tibet, Nepal, Mongolia and China.CreditCreditEddie Hausner/The New York Times

Jacques Marchais, an art dealer and collector, never traveled to Asia, but the artifacts she gathered from Tibet, as well as from Nepal, Mongolia and northern China, became the passion of her life. Her dream to display this collection to the public was realized in 1947 when, just a few months before her death, the Jacques Marchais Museum of Tibetan Art opened atop a hill on Staten Island, next door to her house.

The museum was designed to resemble a Himalayan monastery, and she and a local Italian mason, Joseph Primiano, worked to find the stones needed to recreate its traditional mountain feel.

In 1976, The New York Times compared the museum, with its pagoda-shaped roofs, small meditation rooms, library, exquisite garden and heralded collection, to “Shangri-La on Staten Island.” The Dalai Lama visited in 1991.

But despite its rich history and holdings, the museum today is showing its age and the burdens of being a small institution with limited funds and little staff.

While its remarkable objects — a Sino-Tibetan shrine, gilded Buddha figures, a carved and lacquered red cinnabar stupa — still shine, the roof badly needs repair, staff desks occupy display space and a glance at the skylight reveals peeling paint. The environmental conditions have forced some of the collection into storage.

Many visitors remain charmed by the tranquillity of the artifacts and their setting, but some have complained on social media about a sense of clutter and disrepair. 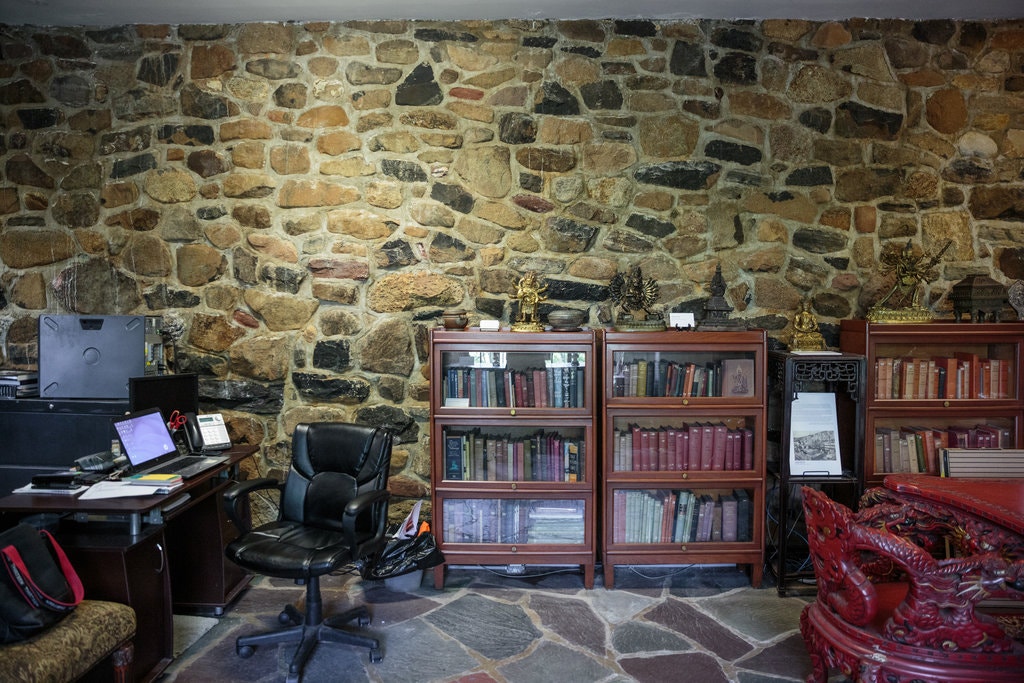 The museum’s space constraints are evident in its library where administrators must work alongside a display area. Credit Sarah Blesener for The New York Times

Meg Ventrudo, the executive director, said that, actually, the museum has already turned the corner toward a brighter future. The museum has received just over $1.9 million in capital funding from the Department of Cultural Affairs and local officials, for a major renovation that will include a new roof, an upgraded HVAC system and replacement windows and doors as well as other improvements.

At the museum, a board advertising the plan reads: “Don’t look now … but big changes are coming!”

When the renovations are completed, at a date yet to be determined, it will be possible to display much more of the collection, particularly textiles and wooden objects, Ms. Ventrudo said.

“I think we’ve come very far in the time that I’ve been here,” she said, “and I think that is very positive. I think I’d say that we are financially O.K., but we are underfunded as far as a lot of the projects that we want to do.”

Thanks to grants, programming has increased and improvements have already been made in storage and collection maintenance.

“We’ve had new display cases made for our objects,” said Ms. Ventrudo, who has run the museum for 15 years. “And we’ve had the restoration of a shrine that had been in storage for 30 years, and now it’s on display, so every project takes time and money.”

Small museums across the country struggle to raise money and capture attention at a time when so many diversions, cultural offerings and entertainments, online and off, compete for the attention of potential visitors.

Sign Up for Summer in the City The best things to do in N.Y.C. during the hottest season of the year. This limited-edition newsletter will launch before Memorial Day and run through Labor Day. 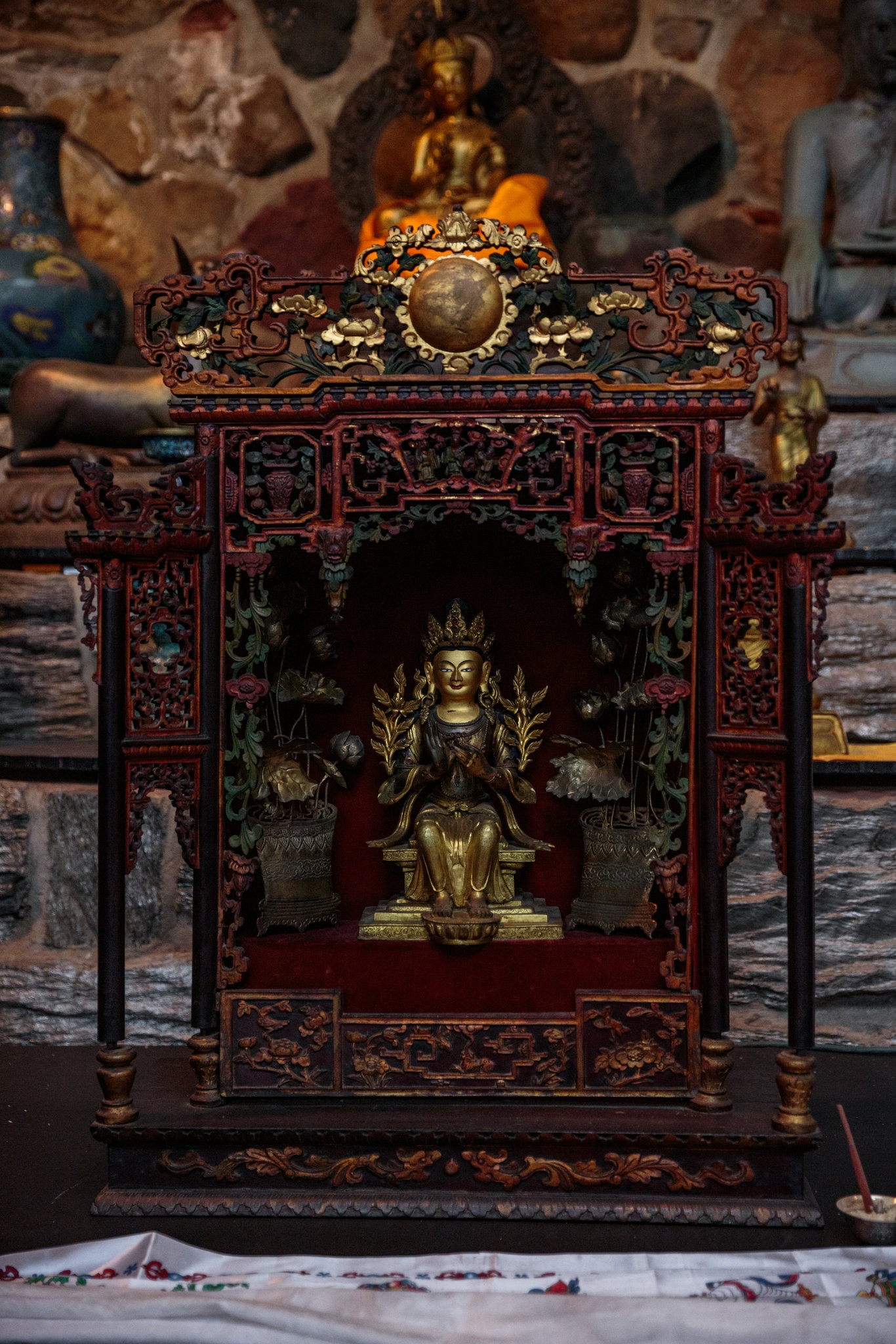 Among the artifacts at the museum is a shrine from the 18th century with Maitreya, the future Buddha, seated.Credit Sarah Blesener for The New York Times

Even larger, regional museums can face difficulties. The Pasadena Museum of California Art shut its doors in 2018, even as a larger institution in the area, the Los Angeles County Museum of Art, planned a massive expansion. That same year, the Berkshire Museum in Massachusetts sold off 22 artworks to raise money to close its budget gap and finance renovations and programming as it adjusts its mission to focus more on science and history.

“What I hear most from small museum professionals is about the challenge of capacity,” said Allison Titman, president of the Small Museum Association, a peer network. “There is always work to do and it can be a challenge to allocate resources and find the staff to do it. They are trying to do a lot with a little.”

The American Alliance of Museums notes in its resources for small museums that 78 percent of its members have fewer than 10 staff members, and that, “by any measure, the vast majority of the nation’s museums are small.”

The Jacques Marchais Museum has two full-time and three part-time employees, along with some volunteers and various contractors.

The museum’s annual operating budget — $230,000 this year — is funded by a grant from the city as well as contributions from donors and foundations, and admission and other revenue.

She said there are no plans to sell any of the Tibetan museum’s 5,000-item collection to raise money. Some 60 to 70 percent of the items are in storage.

“It’s a combination of not having enough space here, and climate, and what we’ve chosen to show curatorially,” Ms. Ventrudo said. The museum puts on rotating thematic exhibitions and at times lends items to the Rubin Museum of Art in Manhattan and other institutions. 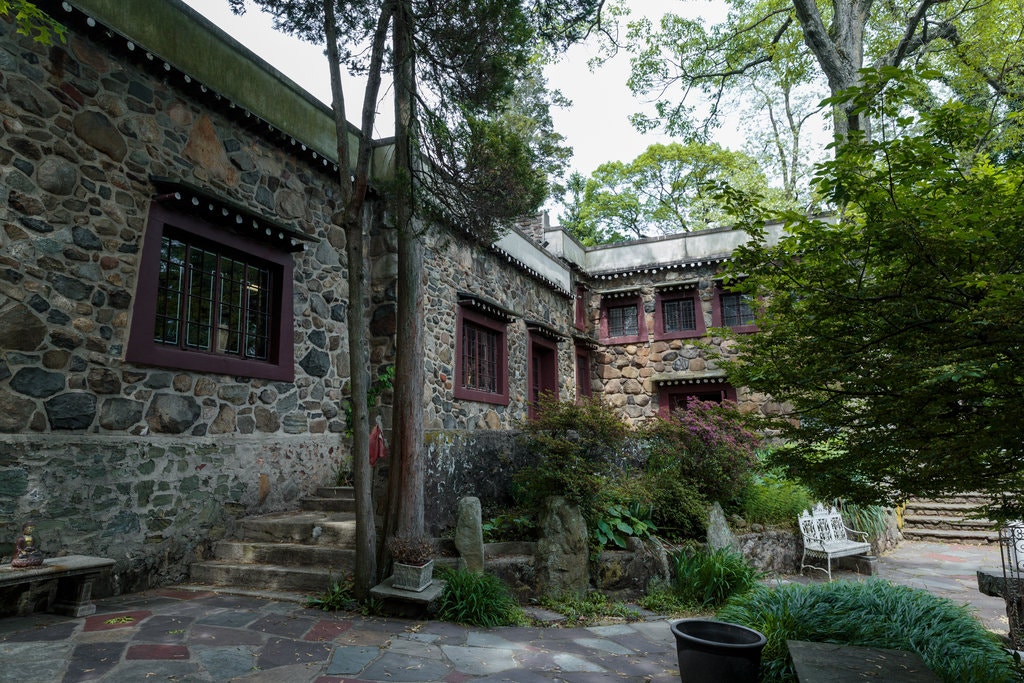 The founder of the museum, Jacques Marchais, worked with a local mason to find the stone that helped recreate the feel of a Himalayan monastery.Credit Sarah Blesener for The New York Times

The space constraints are evident in the Marchais museum’s library room, which contains artifacts and books on Tibetan art, Buddhism and philosophy, but also serves as the museum’s main office. Ms. Ventrudo and another staff member run the museum from two desks there that are outfitted with computers, phones and a printer.

Ms. Ventrudo hopes to expand at some point so that the administrative work can be conducted in a separate building.

She said that while the museum has a loyal local donor base, which includes support from local legislators and foundations on Staten Island, she has found it tough to raise money across the water in Manhattan. “I’ve gone to cocktail parties in the city and people have said to me, ‘Why would anyone want to go to Staten Island?’” she said.

Certainly, there are days when only a handful of visitors trickle through the museum’s doors. But Ms. Ventrudo said attendance has grown to 5,000 visitors a year, a number boosted by increased public programming and participation in the Culture Pass program, an initiative through New York City’s libraries that offers free visits to multiple venues.

Of course, she said, there will always be another project that requires time and money, and it’s tough to complete labor-intensive grant applications when competing institutions have many more employees to fill them out. But, despite the challenges, she said, the museum must function at the same level as other museums, regardless of its size.

“I think what the big challenge is, is just because you’re a small museum, doesn’t mean that you don’t have to meet museum standards,” Ms. Ventrudo said.