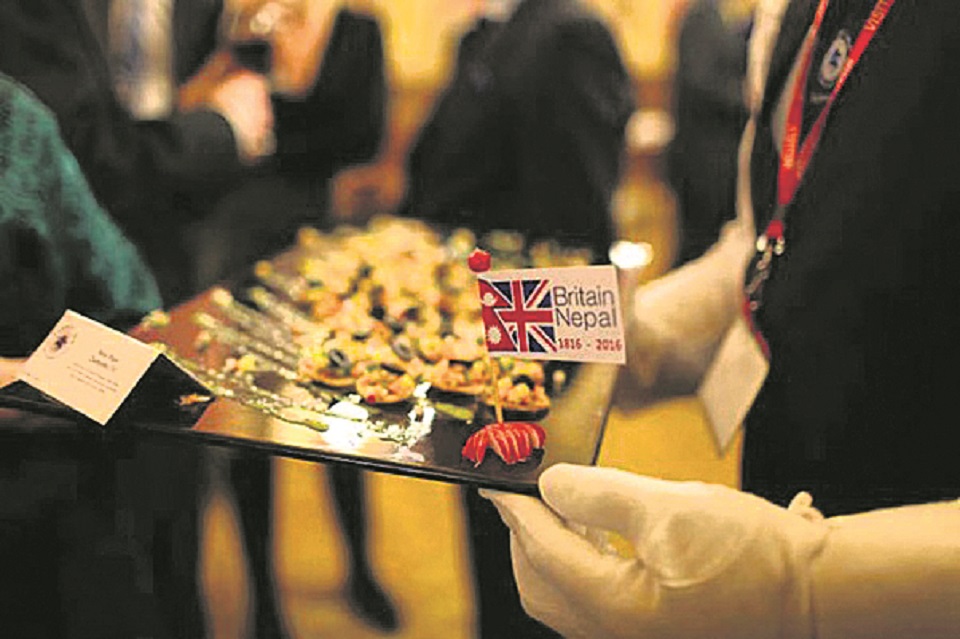 Nepal-Britain defense diplomacy goes back to 1744 along with Captain Kinloch’s Expedition. It stands on the foundation of faith and mutual honor

Chief of General Staff of British Army, General Sir Mark Carleton-Smith, is in Nepal at the moment. He is expected to attend Nepal Army Day program on February 21. For me, this is an opportune moment to look back and reflect on Nepal-UK defense ties and diplomacy.

In international politics, defense diplomacy refers to the pursuit of foreign policy objectives through the peaceful employment of defense resources and capabilities. Defense diplomacy has its origin in post-Cold War reappraisals of Western defense establishments, led by the United Kingdom Ministry of Defense and was, in principle, used to help the West come to terms with the new international security environment. While the term originated in the West, the conduct of defense diplomacy is by no means confined to Western countries. Nepal, though a small state, has been closely involved in military issues for centuries including in the United Nations Peace Keeping Mission.

Nepal-Britain defense diplomacy goes back to 1744 along with Captain Kinloch’s Expedition. The British India (East India Company) advanced an infantry brigade consisting 2,400 plus troops equipped with good weapons under the command of Kinloch to fight against Gorkha in order to defend Kantipur of King Jaya Prakash Malla. Before launching operations, they collected topographic and administrative information of Nepal. It was planned that Jaya Prakash Malla of Kantipur and Kinloch’s representatives would help the British commander. Patna (India) and Panauti (Nepal) were fixed as the starting and destination points respectively. Mr Hardy was the logistics commander from the British side.

The British relied on the information supplied by Jaya Prakash Malla and underestimated the strength of Nepali forces. The British were confident of victory. Thus, on June 21, 1746, a committee of the East India Company ordered the troops to march toward Kantipur.

Jaya Prakash Malla had sought military assistance from the British as he did not see any other alternative to contain the Gorkhalis. In March 1767, he wrote a letter to Golding, the British Commercial Attaché, at Betia in India seeking military assistance. On April 30, 1767, Rambold wrote a letter to King Prithivi Narayan Shah advising him to lift the blockade against the Kathmandu valley warning that, otherwise, the British would declare Prithivi Narayan Shah their enemy. The Gorkhalis did not bow down. East India Company decided to launch military expedition. The battle followed and Nepal stood victorious.

Later, Captain Kirkpatrick came to Kathmandu as the first British resident in 1793, after the Nepal-China war, supposedly to mediate disputes between Nepal, Tibet and China. But he did not have to do so for the war was over.

Before the Anglo-Nepal war (1814-16) the British were capturing the territory in the northeast while the Nepalis were expanding the territory to the southwest. Since Nepalis had occupied places like Dehradun, Bilaspur, Sutlej, Kangada and Kumaon, the British appeared to be soft and respectful toward them in the beginning. They had experienced and heard about the bravery of Gorkha troops.

In this regard, Colonel Ochterlony himself met Bada Kaji Amar Singh Thapa to build friendship with him. This was a historic event in Anglo-Nepal defense diplomacy.

The main objectives of the British to wage war against Nepal in 1814 were to open a trade route to Tibet, establish a British resident in Kathmandu and weaken kingdom of Nepal. Anglo-Nepal land dispute was not being resolved through diplomatic channels. The disputes of Butwal and Sheoraj (Shivaraj) were becoming more complicated. Nepal requested the Company government to permit Nepalis to use the lands. The British did not agree and chased away Nepali security personnel from there and established their security posts. General Amar Singh took it as a great insult. Then, he chased away the security personnel staying at the posts and reclaimed the lands. Meanwhile, the British agents exaggerated this story and instigated the British power to wage war against Nepal. Consequently, larger troops were deployed in the areas. They demolished Nepali security posts and beat up the sentries and brought Butwal and Sheoraj under their control.

After knowing about this incident, General Amar Singh Thapa, the father of Bhimsen Thapa, moved toward Butwal and Sheoraj with troops and launched a surprise assault against the British security posts. With that incident, the British decided to launch war against Nepal. On November 1, 1814, British India Governor General Lord Moira formally declared war against Nepal.

When Nepal lost this war, Bada Kaji Amar Singh Thapa and Colonel Ochterlony signed an agreement at Malaun fort in 1815. The agreement said “all the troops in the service of Nepaul, with the exception of those granted to the personal honour of the Kajees, Ummer [Amar] Sing and Runjore, will be at liberty to enter into the service of the British Government, if it is agreeable to themselves and the British Government choose to accept their services, and those who are not employed will be maintained on a specific allowance by the British Government, till peace is concluded between the two states.” From this point onward, recruitment of Nepali youth into British army started.

Junga Bahadur Rana consolidated defense ties between the UK and Nepal. He visited the UK in 1851 and discussed various topics with British officials, ministers, dukes, including Queen Victoria. Then in 1857, during the Sepoy Mutiny, Junga Bahadur Rana stood with British India. On December 10, 1857, he led 15, 000 troops and marched to India to crush the revolt.

Possibility of war between Britain and Afghanistan increased few months after the end of the First World War. Then Prime Minister Chandra Shamsher put forward a proposal for extending assistance of 6,000 troops. In May 1919, British government requested Nepal through telegram for military assistance. Nepali troops marched toward Afghanistan.

Nepal helped the British again during the Second World War by sending more than 8,000 troops which fought several battles in north-east frontiers including in Burma. When, in April 1934, General Bahadur Shumsher Rana was appointed as the official representative of Nepal to the UK (also called the first ambassador), it contributed to consolidating ties between the two countries.

Before Indian independence, British Governor General initiated to manage the regulation on British Gorkha. At a meeting held in Kathmandu in May 1947, he stated that he would welcome the proposal to maintain Gurkha connection with UK and India on the following basis: If the terms and conditions are not detrimental to the interest and dignity of Nepal, my government will be happy to maintain connections with both armies, provided men of the Gurkha regiments are willing to serve and they will not be looked down as mercenary.

The government of Nepal agreed to employ Gurkhas in UK as well as India.

Lord Mountbatten, who served as the last Viceroy of India, insisted to maintain exchange of Honorary General for Commanders-in-Chief (presently Chief of Army Staff) of India and Nepal. This has become a Standing Operating Procedure for CoAS of India and Nepal.

Ever since, Nepal-UK defense diplomacy has been smooth. It stands on the basis of faith and mutual respect. The British government has been providing educational opportunities to Nepal Army officers under Chevening scholarship program. As the first Chevening scholar of Nepal Army, I welcome Sir Mark Carleton-Smith to Nepal and wish for his pleasant times here.

Basnyat, Brigadier General (retired) of Nepal Army, is the author of “Anglo-Nepal War: A Military Review”